After we spent a few days relaxing on the beach, it was finally time to visit the Mayan culture.

We were staying in a nice hostel in Playa del Carmen ( expect than Sophie has been bitten by some bed bugs) so we were thinking to do a one day tour for Tulum only and stay sleeping in our hostel.
But they nicely recomended us a nice "Cabanas" on the beach for only $30 in Tulum (right on the beach like 10m from the sea. its down from $80 a night as its huricane season)

So let's go to Tulum for enjoy the nice beach and visit the ruins.
We took a colectivo and arrived directly at the ruins, but we decided as the weather was pretty good to go to the beach. As on the map it said the hotel was only 2km from the ruins we decided to walk.
We started to walk in the humid and hot atmosphere to our nice little hotel. (in 35C and humididity to save £1)
After 3 or 4 km we realised it's quite long so we started to ask if we were going the right direction: some of them told us yes a little bit further, some other no you passed it already, etc..
So during 30min we did only walking both side for try to find the F#*&% hotel!
Finally we realised nobody know where is it exactly.
So we had to take a taxi, but even himself didn't know anything, so we had to drive all through the beach avenue for finally go back where we started and reallised it was really 2km from the ruins, we missed the hidden sign!
We were really angry with ourselves!

But when we arrived and saw the amazing beach and amazing little house in front on the sea we were so happy! ( actually our room for $30was not straight on the beach but because the hotel is empty they put us in a better one in front of the beach).
It's a little straw hut with private bathroom, really cute.

We went straight to the beach to enjoy the nice weather..
Less than an 1h later a big storm arrived!
We decided to go shopping during the heavy rain and hopefully the storm will be finish during the time we are shopping.

NO it did stop raining ALL NIGHT LONG!
As it was the middle of the afternoon and already almost black with the storm we decided to have some beer in the only bar on the beach opened. We were soaked through when we got to the bar and drenched again when we got home.

We came back afterwards to our little hut, not really confident in the construction of the hute in case of a huricane!

Sophie didn't sleep at all during the night, sure to have been bitten again ... by some kind of bug
The next morning she was cover by bites everywhere on the body especially the arm ( see picture) foots and legs.
It looked like an allergie and it's sticky like hell!
So we decided to  quickly go visit the ruins and go to see a doctor in Playa.

We went visiting the ruins there were thousand of other tourists! The weather is boiling hot and really humid, so the half of the tourist are only wearing swimwear! quite weird!
With the heat , Sophie's bites become more and more unberable so we decided to go to the doctor asap.

Results: It may be parasits who bites some days ago and now the eggs are going out in her skin!
It can be from the beach or a dirty matress or contact with animals.
And in more: it can be contagious so Digby and Sophie have both of them take a traitment for a week, wash absolutely everything and for a week use a special shampoo and brush our hairs with a special fin peign ( really easy with our longs hairs!) basically it's a nightmare! (Digby still has no symptoms despite both sleeping together in the same bed)

We went back to Playa de Carmen and now during the night even Digby felt insects and bites, when we wake up there were 4 big bed bugs full of our blood in the bed! F....hell! only 2 days and we are off!

Four our last day in Mexico we went visiting the famous Chichen Itza.
We book a day tour and arrived at the place with thousands of other tourists. Our mini van and about a hundred others arived and we were pooled into massive tour groups with a guide. (a shiver shot down Digby's spine as a group sticker was put on his chest saying bus 9, incase he was so incompitent to forget which one he got out of)

The tour was quick and tacky guide trying to sell us souvenirs.
But we learned than the Queen of the Mayan have to be born between the 7th and 10th of angust, so Sophie will be a Queen for the Mayan as she is born on the 9th!
Once the tour ended and we walked about and read the signs it was really interesting, the Mayan's knowladge of astroligy and the construction is seriously impressive (see the pictures).

We were the shuttled with hundreds of fat sun burnt toursits to an all you can eat buffet with massive ques the whole world seemed to have decended upon the buffet line. (this was a first for both of us)

We then went to a beautiful cenote(lime stone sink whole) filled with screaming children and fat sun burnt people floating around in life jackets like a giant pot of soup.

Again bang on time we have to be back at the bus to go again some were else.

All the things we saw were beautiful and  impressive, but after months of solo travel we just can't hack mass tourism. Never again an all inclusive deal, wrist bands and stickers. Doing it yourself is cheaper and much more fun and there are not a million other people.

We left the beautiful Isla Mujeres for the hip Playa Del Carmen.

Playa del Carmen is a mix of Cancun and Isla Mujeres: 100% touristy, like Cancun but with some of Isla Mujeres charm.

The beach is full of bars with loungers, load music and American girls.
The srteets are full of tourists shops where you can find tonnes of sombreros, dresses, coctail glasses , shity and good tequila and all the kind of crap possible.
The locals speaks only  english and are still surprised when we answer in spanish.

So we spent our 4 days chilling on the beach, for one time we payed a little extra for stay on a bed with mexican food and mexican beer( it's a corona mix with tabasco and spicy stuff, quite good)

Digby went diving in a cave: Playa del Carmen is famous for there beautiful cave diving.
It was amazing, a really good dive experience for Digby.( See last pictures of the post)

Sophie was enjoying the sun and the nice beach..

Unfortunately the huricane season is here, and the rain came back!

We decided to go spend 3 days to Ilsa Cozumel to enjoy the beautiful diving spot and beaches..
The day when we arrived it was pissing it down with rain, so we were stuck in our hostel ( and internet bugged we thought we reserved for 3 nights but it reserved only one night so we had to change!)
Day 2 , pissing down again, can 't do anything except stay in our bedroom, watching TV and hoping the strom will calm down: it's so noisy it feel like a hurricane will arrive and destroy everything in the next minute. Sophie is a bit scared, Digby is calm for now...

Also it's quite weird but all the beaches are full of deluxe resort and next to that an hotel or resort completely destroy by huricane and nobody don't do anything about it. They dont rebuild, just wait for some one to come allong and buy it. Apparently the cost of repairing is often more than just building a new resort, and some have amazing location. Also we are told the owners are just waiting for some one to come to buy them, as they will sell it as a building and land but basically your buying land plus costs to tear down a rotten shell.

Luckly the last day finally the rainfall stop and Digby went diving.Sophie had time to visit the city center and see a little bit of the island. Digby had a very interesting diving trip were the Divemaster and instructors were drinking beers with students before diving and smoking joints. Un-like Digby he refused and was quite shocked. He's seem some dodgy dive opperators but this one beat them all. But the dive sites were great, all the equipment worked if not a bit dodgy and leaky. None the less he thought it was totaly worth it as it was one of the most beautiful coral walls he has seen diving!

It's sad we could not see more of Isla Cozumel, but the weather is something we can not control!
It's time to go back toPlaya del Carmen and now to see the Mayan culture! As on Cozumel there are mainly jewlers and shit shops for the people on cruise ships that dock there every day. 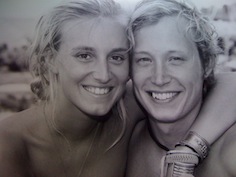 Digby & Sophie RTW
Hi! it's Sophie and Digby, Digby from Netherland and Sophie from France. Starting 10 sept 2011 we will be traveling around the world for 1 year. Any news and comments are more than welcome on the blog. if you have any questions or tips please contact us!